Vitamin B3 is essential for the production of energy and cellular repair. It's also a critical nutrient for healthy aging, so you can continue to enjoy all the activities you love even in your later years.

Since vitamin B3 deficiency is rare, you may not know how vital this nutrient is for health and what happens when you don’t have enough. We break down the details here.

What is vitamin B3?

Each molecule differs by chemical structure and is processed slightly differently in the body.

Why is vitamin B3 important for optimal health?

Vitamin B3 is vital for cellular metabolism, protection, and repair. You can thank this nutrient for its role in converting the food you eat into energy. It’s a big part of the team that controls antioxidant activities in your cells, defending against free radical damage.

Vitamin B3 is converted into a molecule called nicotinamide adenine dinucleotide (NAD+). As described in The Journal of Pharmacology and Experimental Therapeutics, NAD+ contributes to many critical chemical reactions in your body. These reactions range from cellular signaling to gene expression. It even plays a role in making cholesterol and fatty acids in your body.

NAD+ levels tend to lower with age, so maintaining adequate levels through diet and supplementation can help support healthy levels as you get older.

While all forms of vitamin B3 can be converted to NAD, a study published in Nature Communications found that nicotinamide riboside is the most efficient at increasing levels of NAD+ in mice.

Vitamin B3 and healthy aging

In particular, nicotinamide riboside is known for its healthy aging benefits.

While there is no way to stop the aging process, healthy aging gives you the freedom and functionality to live life to the fullest without limitations, no matter your age.

Nicotinamide riboside supports the concept of healthy aging through its influence on NAD+ and mitochondrial health. Your mitochondria are the tiny structures found in your cells that generate all the energy your body needs while also protecting you against free radicals.

However, as you age, your NAD declines, which is also linked to impaired mitochondrial function. The result is impaired energy production and increases in oxidative damage—all hallmarks of aging.

But supporting the production of NAD+ with nicotinamide riboside may help slow this process. NAD+ supports healthy mitochondrial and energy production, reducing age-related changes to their function.

Can you get enough vitamin B3 from your diet?

Vitamin B3 is considered an essential vitamin. This means you need to get it from your food or supplements because your body can’t make it. Specific molecules in the diet can also be converted to niacin when intake is low, such as tryptophan.

Tryptophan is an amino acid (the building block of proteins)) that is found in protein-rich foods.

A review in The Annual Review of Nutrition describes that in addition to converting to vitamin B3, tryptophan can be used to make NAD. Since this conversion takes many steps, tryptophan isn’t the most efficient way to obtain vitamin B3 or NAD, but it can contribute to overall amounts in your body.

As a result, The Annual Review of Nutrition concludes that vitamin B3 can be readily obtained from your diet between vitamin B3-rich foods and tryptophan-containing foods to meet basic needs. The RDA for vitamin B3 for adults is:

Deficiency is really only a risk for people who may have limited access to a balanced diet or have medical conditions that impact absorption.

What foods are high in vitamin B3?

Vitamin B3 is found in many foods. Enriched grains with added nutrients like cereals and bread tend to provide a significant amount for many people. But the following foods are also naturally high in vitamin B3:

What are the symptoms of vitamin B3 deficiency?

The symptoms of a vitamin B3 deficiency can range from mild in the early stages to much more severe as it progresses.

Early signs of vitamin B3 deficiency include:

Severe vitamin B3 deficiency leads to a serious health condition called pellagra. The word pellagra comes from the Italian words “pella” for skin and “agra” for rough because of its impact on the skin.

As described in The International Journal of Dermatology, pellagra is characterized by outcomes known as “the four Ds”:

Primary pellagra refers to a deficiency of vitamin B3 because you aren’t getting enough in your diet.

Secondary pellagra happens when a health condition interferes with the proper absorption of vitamin B3 in the body.

Pellagra was first documented in Spain in the 1700s. Still, it wasn’t until 1937 that it was discovered to be a disease caused by a niacin deficiency.

Before figuring out the root cause, doctors and health officials were concerned that pellagra was infectious, especially since it had such a high mortality rate. Between the 1900s and 1950, it’s estimated that more than 85,000 people died from pellagra in the US.

Luckily, a US physician named Dr. Joseph Goldberger began to notice that affluent individuals with more access to a better diet were less likely to suffer from pellagra. Conversely, those with nutrient-poor diets were more at risk.

An article in the Journal of the Royal Society of Medicine describes how Goldberg noted that people with nutrient-poor diets, especially lacking in protein, were getting sick. In contrast, people with access to a variety of protein-rich foods never got ill, so it clearly wasn’t infectious.

Things began to change for the better in the 1940s when a government campaign started to fortify grains, making the deficiency much less common.

However, people with limited access to food or specific disease states may still be at risk for a deficiency, even today.

What groups are at risk for vitamin B3 deficiency?

The simplest answer is that people with a low intake of foods that include vitamin B3 are at the most significant risk for deficiency.

But there are certain groups of people or health conditions with increased risk:

Populations of people who depend on corn as a central part of the diet are also at risk for vitamin B3 deficiency. This is because the niacin found in corn is bound in a way that makes it difficult for the body to absorb. Corn is also a poor source of tryptophan, unlike some of the other grains.

How common is vitamin B3 deficiency?

As mentioned, severe deficiency of vitamin B3 is rare in the United States thanks to food fortification and improved diets.

NHANES data published in Nutrients found that 1% of US adults had intakes of niacin below the recommended amounts. Multivitamins are also a significant contributor to overall vitamin B3 intake.

Treatments for vitamin B3 deficiency

Luckily vitamin B3 deficiency is easily fixed if the reason is related to diet. Higher dose supplementation is often necessary for more severe cases.

If malnutrition is the reason for deficiency, it’s also critical to rule out other nutrient deficiencies as it’s likely other vitamins or minerals will be missing for similar reasons.

Vitamin B3: the nutrient you can’t live without

Vitamins are essential for the body to function properly, and vitamin B3 is no exception. This essential vitamin is necessary for metabolism, cellular protection, and more. A vitamin B3 deficiency can lead to serious health problems like pellagra or even death.

If you are concerned about deficiency, always consult with a healthcare practitioner about treatment options. However, unless you have an underlying health condition, deficiency is not very common because a well-balanced diet or supplementation usually provides all that you need. 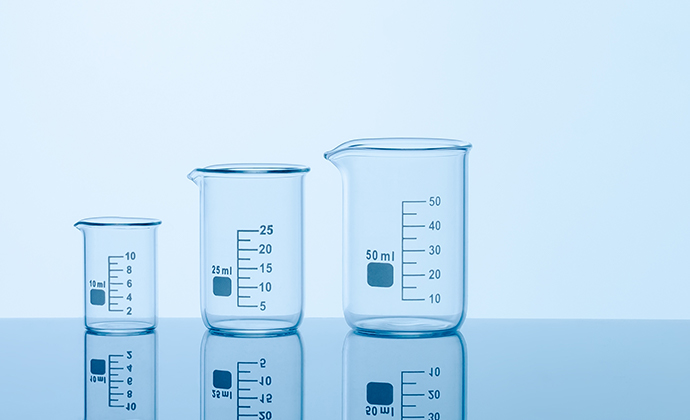 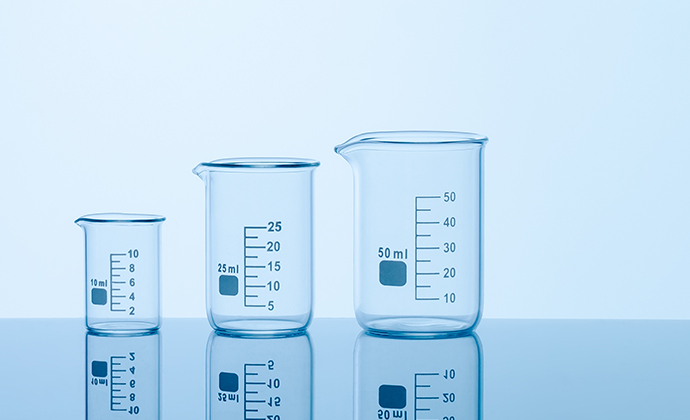 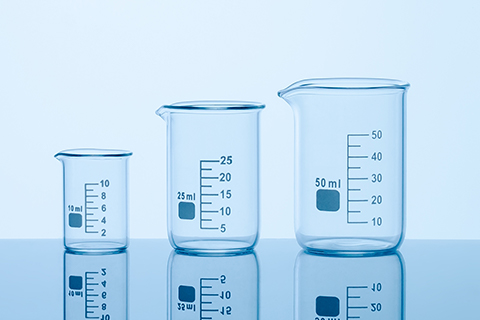 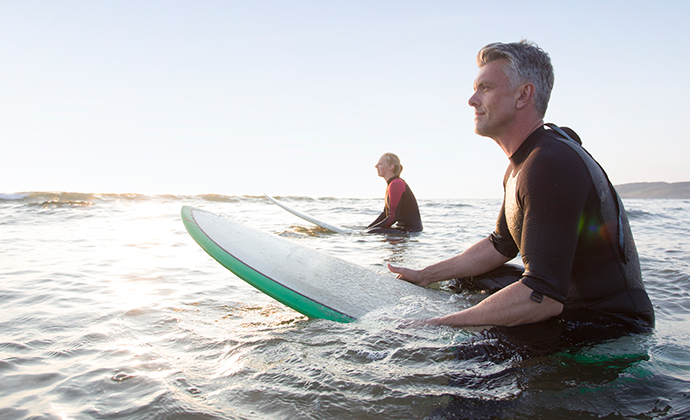 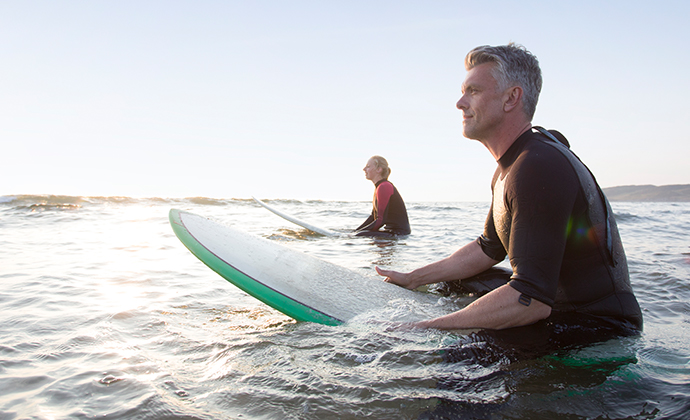 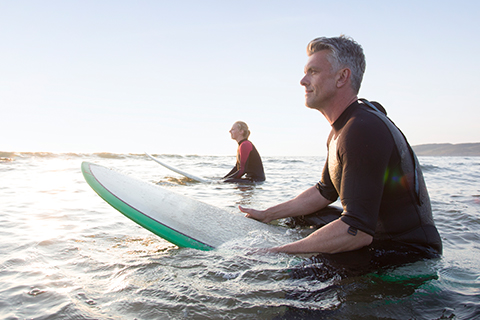 What Is Healthy Aging?

Healthy aging is about more than just being "healthy". Learn about the true meaning behind this buzzword amongst age-defying pioneers.
Explore