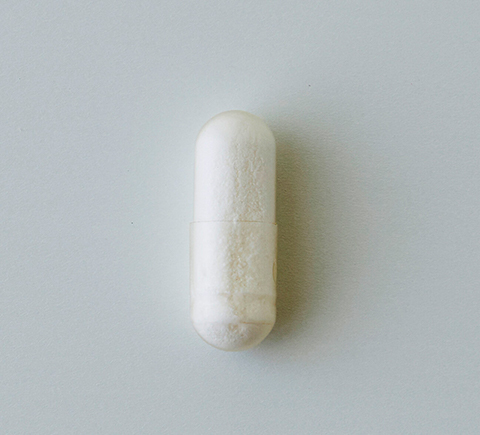 NAD+ is an acronym for nicotinamide adenine dinucleotide, an essential coenzyme required by every living cell in your body to help generate energy.

Without NAD, your heart wouldn’t pump blood through your veins. Your lungs wouldn’t pull in any air. And the neurons in your brain wouldn’t fire. None of the vital organs in your body would work at all without this key molecule.

NAD+ is like the oil in your car; it keeps your engine running smoothly.

NAD+ is connected to aging.

Hassina Massudi and a team of researchers from the University of New South Wales uncovered age-associated changes in relation to low NAD+ levels. Their research shows us that NAD+ levels decline as much as 50% between the ages of 40-60 and that low levels of NAD+ are linked to many age-related health issues.

A paper published in the Translational Medicine of Aging shows positive therapeutic potential of boosting NAD+ as we age.

The paper states, “NAD+ replenishment may serve as a potential therapeutic strategy for aging and multiple conditions to improve the quality of life of the increasing aged population.”

Luckily, there are several supplements on the market to help you replenish your NAD+ levels.

Is it called NAD or NAD+ or NADH?

Some call them NAD supplements. Others say NAD+ or NADH. What’s the difference?

NAD is more of a collective term to describe two sides of the same coin.

Why is supplementing your body with straight NAD+ not a good idea?

The most obvious way to supplement your NAD+ is with more NAD. However, the biggest caveat of a straight NAD+ supplement is its potency.

Unfortunately, NAD+ as a straight supplement is very difficult to maintain in capsule form. The molecule degrades quickly when exposed to light and heat, and deteriorates when exposed to water.

In fact, an FDA briefing document says NAD+ is unlikely to remain stable in capsule form under ordinary storage conditions.

Even if the pill is able to maintain its integrity, NAD+ as a straight supplement is largely ineffective in the body.

A paper in the Journal of Nutritional Science and Vitaminology shows that the digestive process breaks down orally-administered NAD+ into common NAD+ precursors before the cells get a chance to absorb it.

NAD+ is a big molecule.

If NAD+ were to remain intact, its ability to permeate cellular walls remains problematic.

NAD+ is a large phosphorylated molecule that can only enter a cell through special doorways known as transporters.

Studies show that NAD+ must be broken down into smaller building blocks before being passed into the cell and converted back to NAD.

NAD+ capsules are literally too big to swallow.

During a clinical study with schizophrenic patients published by the British Journal of Psychiatry, scientists discovered that a 250-milligram capsule of NAD+ is too big to swallow, forcing them to split the NAD+ into two smaller 125-milligram capsules.

Fortunately, your cells excel at using NAD+ precursors to make more NAD+ naturally. So, if you want to crank up the amount of NAD+ in your body, supplementing your diet with an NAD+ building block such as NR is a much more fruitful way to go.

You can use niacin (NA) as an NAD-boosting supplement but it's not ideal.

Nicotinic acid, commonly known as niacin, is a form of vitamin B3 that can elevate NAD+ levels. This was the earliest form of B3, discovered in the 1930s to treat pellagra—a deadly vitamin B3 deficiency disease.

Unlike a straight NAD+ supplement, niacin is an NAD+ precursor. An NAD+ precursor is a building block molecule that eventually becomes NAD+ through a series of chemical conversions.

Niacin takes a three-step process (known as the Preiss-Handler pathway) through the cell to convert into NAD.

However, it is not an ideal NAD+ booster. People find that ingesting niacin in high doses often results in a flushing of the skin that is both irritating and unsightly.

Does nicotinamide (NAM) fare better as an NAD-boosting supplement?

Nicotinamide, also known as niacinamide or NAM, is the second form of vitamin B3 and is also a precursor to NAD.

Unlike niacin, it does not cause the skin to flush, making it a more ideal NAD+ booster. However, the vitamin inhibits sirtuins, an important class of enzymes that promotes cellular repair.

Nicotinamide riboside (NR) is the third and most recently discovered form of vitamin B3, also an NAD+ precursor.

A clinical trial published in Scientific Reports, where NR was administered to healthy adults, reveals NR both safely and effectively increases NAD+ levels.

Unlike nicotinamide, NR does not inhibit sirtuins.

Also, unlike niacin, NR does not cause flushing. Even high doses of NR have been administered to humans without any attributable reports of flushing.

NR is converted to NAD+ by traveling along the shortest and most direct pathway inside your cells compared to niacin or nicotinamide, saving your cells time and energy.

Nicotinamide mononucleotide, or NMN, is another NAD+ precursor that is relatively new to the scene. NMN is not a form of vitamin B3 but rather a molecule derived from riboside and nicotinamide.

NMN has been used in many preclinical studies; a study published in Biomolecules shows the therapeutic applications of NMN.

However, NMN has only been tested in two clinical studies, one of which did not report any effects of NMN on NAD+ levels.

Also, a study on NMN’s metabolism in mammalian cells suggests NMN is too big to enter your cells. The research shows that your body must first convert supplemental NMN into nicotinamide riboside before it can enter your cells. In short, it’s a cumbersome and inefficient process.

Tryptophan is a forgettable NAD-boosting supplement.

Tryptophan is an amino acid used by the body to synthesize proteins and can only be obtained through diet. It is found in foods like turkey, chicken, meat, cheese, yogurt, and eggs.

A study published in the Annual Review of Nutrition evaluated all the NAD+ precursor vitamins, revealing tryptophan as the least efficient. The study shows that tryptophan takes a six-step pathway through the cell to convert into NAD.

Along the six-step pathway (technically called de novo biosynthesis), tryptophan converts into several other chemical compounds that can get sidetracked down other pathways, making the tryptophan pathway the longest and most inefficient pathway for synthesizing NAD.

In the end, the payout is quite minimal. A review of niacin, provided by Oregon State University, shows that the tryptophan pathway requires at least 60 milligrams of tryptophan to produce the same amount of NAD+ generated by 1 milligram of niacin.

What is the best supplement to boost your NAD?

Although there are several ways of boosting your NAD, it’s clear that not all methods are equally viable. Here’s an overview of all the points we’ve covered pertaining to NAD+ supplementation:

1. Straight NAD+ and NMN are too big.

Size matters. Straight NAD+ and NMN cannot be directly absorbed by your cells. Your body has to break them down into smaller precursors before they can pass through your cellular walls. The three vitamin B3s, niacin, nicotinamide, and NR, are the smallest precursors of NAD+ that can enter your cells intact.

2. Some have annoying side effects.

Niacin, when activated, can cause reddened skin, a burning sensation, and itching. However, no other NAD+ boosting supplement reports these symptoms.

3. Some boost NAD+ but suppress other positive cellular functions.

Although nicotinamide does not cause flushing like niacin, it affects sirtuin activity in your cells. Sirtuins are an important class of proteins responsible for cellular maintenance.

There’s more than one path that leads to boosting NAD+ in your cells. Some are quicker than others. Out of all the options, NR travels along the fastest and most efficient pathway to produce NAD. 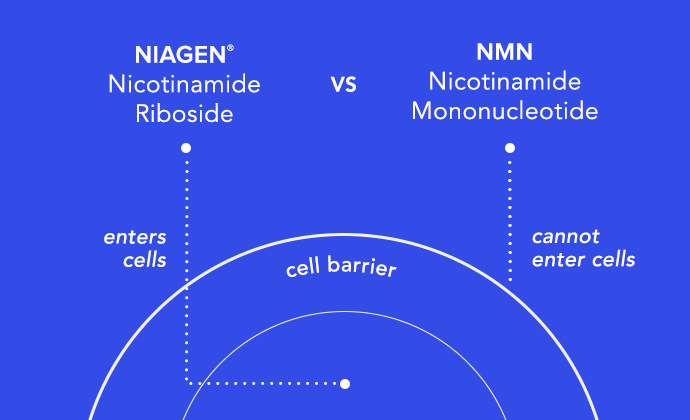 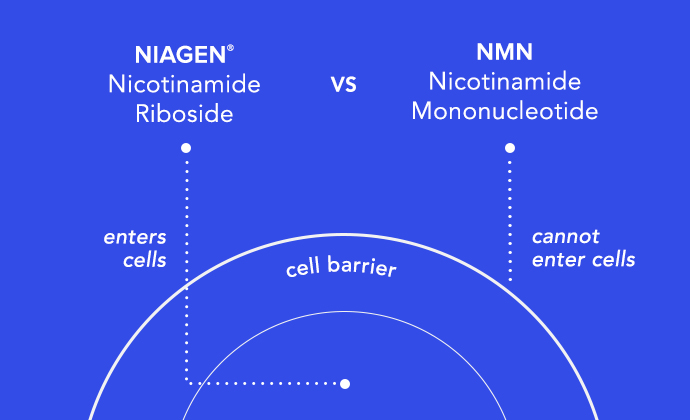 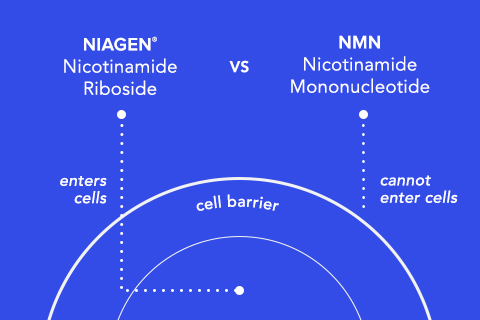